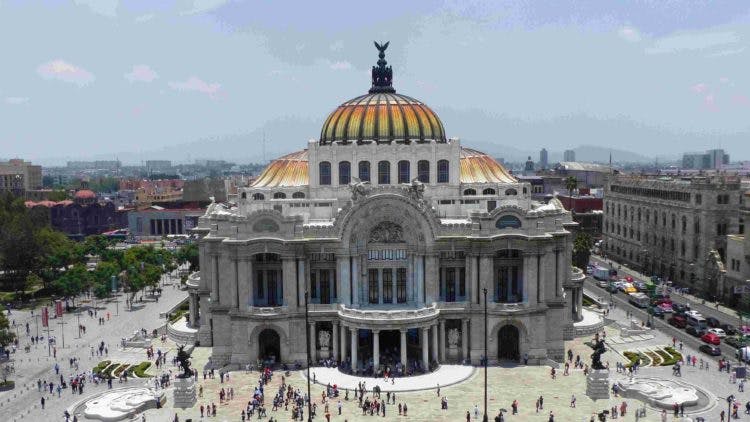 The New York Times just last year named Mexico City as the number one travel destination in the whole world, and the Mexico food industry is a big contributor to the city’s draw. Mexico’s rich food history and trendy restaurants and street food stands make it a perfect destination for city food tours.

So, when is the best time to visit Mexico City? Well, it comes down to budget, personal preference, weather and interest in seasonal holidays and festivals. One thing is for sure, there’s no bad to time to visit. Here are some quick facts to help make informed decisions.

Springtime is the busiest season in Mexico City, as the weather is at its most delightful. Low rainfall, balmy temperatures and popular festivals like Semana Santa cause tourists to flock in droves. Even though it may be busy, this is still one of the best times to visit Mexico City for a food tour because many culinary tours require walking outdoors.

Our Condesa Taco Tour is a great choice for spring visits because this charming neighborhood is some distance outside the city center and is generally less crowded. Honestly, though, any food tour is excellent when the sun is shining, and the walks are pleasant.

Unlike the United States, Europe and other temperate climates, the summer is the low season in Mexico City. Heavy rainfall and high temperatures put the majority of tourists off, but not everyone stays away. Backpackers, nomads and budget-conscious vacationers can find cheaper and more available accommodation.

Just because it’s a bit rainy, it doesn’t mean the city shuts down. May, June, and July are holy months full of holidays, celebrations and feasts dedicated to important religious figures and symbols in Catholicism. Summer is also an excellent time for cinema buffs due to several film festivals that occur during the season including the famous Ambulante Film Festival which usually stops in Mexico City in the early summer.

Some still consider autumn to be a low season due to rain, but the showers usually taper off by the end of September. It’s a good time to grab luxury accommodation while the weather is getting better. There’s also a lot more to do in the Autumn, with the Dia de Los Muertos (The Day of the Dead) being the crown jewel of Mexican fiestas.

The sights, sounds and of course tastes of Mexico in the Autumn are unlike any other. Our gourmet foodie tour of the hip and trendy area of Colonia Roma is the perfect way to experience more of what makes Mexico City so unique.

Winter in Mexico City gets cold, but it’s by no means frigid. Temperatures rarely get below freezing, with the coldest occurring in December and January. Mexico City still has a lot to offer during these colder months.

Tourist traffic is once again down so getting accommodation should be cheaper and easier, and there are a lot of things to see and do. December especially is fun, as the many holidays and festivals around Christmas time are vibrant and jolly. Take advantage of the smaller crowds in winter by going on one of our taco tours of Centro Historico. The slightly warmer city center won’t have as many longer waits as it might during the warmer months.

The Best Time to Do a Food Tour in Mexico City

So, when is the best time for a delicious culinary tour? Despite the likely substantial gaggles of tourists, Spring is still the best time for food tours. The warm and pleasant temperatures coupled with the lack of rain make for leisurely and tasty walks through the city. For the budget-conscious traveler or people who just don’t like the crowds, the autumn is still quite warm without having too many days of rain. Whether it’s one of our taco tours of Centro Historico or Condesa or our cultural and gourmet foodie walk of Colonia Roma, you can’t find a better way to explore Mexico City.