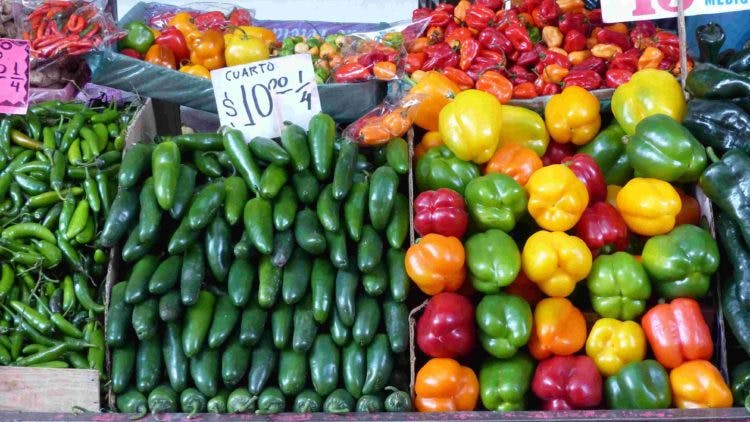 A taco without salsa is a taco without soul, salsa is the soul of a taco. The popularity of a taquería is at least partly determined by the quality of its accompanying salsas. A well made salsa awakens the flavors of a taco with its zest and zippiness – as guests of our walking food tours in Mexico City will attest! A note of  caution though, there is no way of telling how hot it will be by looking at it. The color of Mexican salsas and chiles has no bearing on how hot they are – you have now been warned!

The two key ingredients of any salsa are chiles and tomato but cilantro, onion, garlic, cumin, pepper, cloves and cinnamon may also be found. Salsa preparation can be quick and simple or laborious, salsas can be served to diners at the table or used in the kitchen to season dishes. There are three groups of salsas; cooked salsas (containing only previously cooked ingredients), raw salsas and mixed salsas.

An interesting bit of history is that all chiles originally came from the Americas. Discovered by Columbus, he returned home to Spain with the first chiles and this was the start of the transatlantic trade in chiles. Spain became the distribution hub for chiles around the world. The adaptability of chiles allowed almost any region to cultivate them according to the taste of their cuisine. In a warm climate chiles will grow in any soil, but they all originated in the Americas. Chiles are essential to the delicious Mexican cuisine making Mexico one of the world’s largest consumers of chiles.

Chiles and tomatoes are species of the same family (Solanaceae) and they are both classified as fruits. Tomatoes have been consumed since pre-Hispanic times but there is no record of when they were first consumed. There are thousands of types of tomatoes, with many varieties grown regionally in Mexico in colors and shapes never seen in commercial markets. Two words are used to describe tomatoes here, jitomate (red tomato) and tomatillo (green tomato).  There are particular salsa recipes for each of them but the skin is always removed before they are added to a salsa.

Chiles offer exceptional nutritional value and superb taste. Some of the chiles native to Mexico are the serrano chile (green chile), jalapeño chile (chipotle chile after it has been dried and smoked), morita chile – which is a small jalapeño chile that has been dried in an oven, poblano chile (ancho chile after it has been dried), chilaca chile (pasilla chile when dried) and the mirasol chile (guajillo chile when dried). The habanero is one of the hottest and widely used chiles in Mexico, especially in the Yucatan. It originated in the Amazon region and left during the Spanish Conquest before returning to the Americas through Cuba (as its name suggests) during the days of the slave trade.

Today, salsas are quickly mixed by adding the ingredients to a blender. But before the modern day blender was invented a stone mortar and pestle was used, a laborious process requiring the strength of Popeye. Chiles are deseeded and the white membrane removed to make a salsa that is not unbearably hot. If the salsa is meant to be extremely hot the seeds may be left in. A cold drink, salt on the tongue or dairy have all been proven to nullify the effects of hot chiles, so if you are experimenting with salsas on your taco say “yes” to the cheese, if it is available. Guests on our Mexico City food tours will have a cold drink to put out any flames!