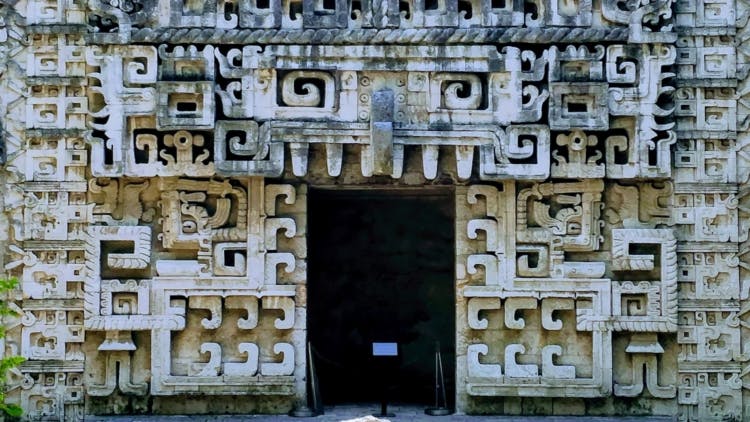 Mexico City is rich in history and culture and there are plenty of museums, exhibitions and art galleries to explore, many of which offer free admission on Sundays. Some of the museums and tourist attractions, however, shut their doors on Mondays but there are still plenty of things to see and do. Our Centro Histórico Taco Tour, for example, is a great way to sample the mouthwatering flavors of the city, whilst learning about the history of one of the world’s favorite Mexican dishes.

Covering 170,000 square feet, and towering over a plaza in Mexico City’s Polanco neighborhood, the Soumaya Museum is a modern ethereal building that was designed in partnership with Frank Gehry, the man behind the Guggenheim Museum in Bilbao. It houses over 70,000 pieces of Central American and European art, including the world’s largest private collection of Auguste Rodin sculptures, as well as works by the old Masters and contemporary artists like Salvador Dalí.

There are also plenty of Mexican artworks displayed within the galleries, including pieces by Diego Rivera and Rufino Tamayo. It also has the world’s largest collection of pre-Hispanic and Colonial coins and currency.

The Soumaya Museum is open from 10:30am to 6:30pm everyday, and open late until 8.00pm on Saturdays. The museum is closed on Tuesday and admission is free.

The gigantic Museo Nacional de Antropología is one of Mexico City’s most visited museums and has a rich and fascinating history. It is home to the world’s largest collection of pre-Columbian relics, artifacts and art.

Offering over 23 exhibition rooms, the museum hosts a wide range of historically and culturally important artifacts covering every era from the Toltecs to the Zapotecs, the Maya to the Aztecs. Some of the most famous pieces include the ceremonial headdress of Moctezuma and the iconic Aztec Calendar Stone from the Catedral Metropolitana. The entire collection includes more than seven million archaeological pieces in total.

The museum is open from 9.00am to 7.00pm Tuesday to Sunday, but is closed on Mondays. Admission is 70 pesos.

The Frida Kahlo Museum, also known as the Blue House, is a historic house museum dedicated to the life and work of Mexican artist Frida Kahlo. The building was Kahlo’s birthplace, and here she spent most of her life until she died, and was donated by her husband and fellow artist Diego Rivera.

The house is a perfect example of traditional Mexican architecture and is decorated with Mexican folk art and many of Frida and Diego’s personal belongings. Some of the highlights of the museum include the kitchen, Frida’s easel, the garden with a central pyramid and a few pieces from Diego’s very own collection of Pre-hispanic art.

Opening hours are from 10.00am to 5:45pm Tuesday to Sunday, and the Museum is closed on Mondays. Admission is M$200 for international visitors.

The museum offers a permanent collection of more than 3,000 works, as well as temporary exhibitions that change regularly throughout the year. It is not just the art on display that visitors come to see, the building itself is covered with unique, hand painted murals that are also worth a view.

Opening hours are from 10.00am to 5:30pm Tuesday to Saturday, and the museum is closed on Mondays. Admission is M$38, or free on Sundays.

Chapultepec Castle was originally constructed in 1725 as a large manor house, but was abandoned during the Mexican War of Independence. It was eventually refurbished to become the seat of National Museum of Culture, and is open for visitors to the castle itself and the various collections it now houses.

The castle is a favorite with film directors and has been used in many major movies including Baz Luhrmann’s Romeo and Juliet. It also houses works of art from Spanish and Mexican artists as well as the superb murals that can be seen throughout the castle.

Chapultepec Castle is open Tuesday to Sunday from 9.00am to 5.00pm, but it closed on Mondays. Entrance is M$64.

If you are visiting Mexico with children in tow, you won’t want to miss this unique and highly innovative museum, made with little people in mind. The children can put together their own radio program, play at being mad scientists or even join in with an archaeological dig.

This bright blue-and-yellow tiled building also offers a mini supermarket where kids can learn all about responsible eating and shopping, a Lego workshop, a giant rainforest tree called Ramón and an IMAX mega-screen theatre. Take your children to try out all kinds of technological gadgets and games, and they won’t be in any hurry to leave.

The Palacio de Bellas Artes is one of Mexico City’s most popular destinations, and its elegant and ornate, white Carrara marble façade is instantly recognizable. Over 10,000 people visit every week to view the amazing murals on the first floor, painted by such luminaries as Diego Rivera, David Siqueiros, Rufino Tamayo and José Clemente Orozco.

The Palacio is also home to the sculptures of Leonardo Bistolfi and Agustí Querol Subirats and even has a stunning stained glass ‘curtain’ made of almost a million pieces of Tiffany New York glass. The top floor of the main hall is where the Museo de Arquitecture, and the Museo de Bellas Artes can be found.

The Palacio de Bellas Artes is open 10.00am to 5.00pm Tuesday to Sunday and is closed on Mondays. Admission is M$60 or free on Sundays.

The Museo del Objecto is exactly what you would expect it to be, a museum of objects! With beautiful, rare, and otherwise interesting items, private collector Bruno Newman founded the museum to display his collection of over 30,000 objects.

From French lotion to shaving implements to old bouillon cans, food packages, vintage pharmaceuticals, soda bottles, stationery, clothing, cosmetics, toys, advertisements, old electronics, shoe polish and literally anything else collectable, you will find it here. Quirky yet somehow fascinating the museum is also a testament to the great Mexican pastime of collecting, and being proud of showing off everything you manage to amass.

Small but perfectly formed, the MUCHO Museo de Chocolate is a worthwhile stop for any chocolate lover. Mexico City’s first chocolate museum is located inside a mansion that dates back as far as 1909.

There are 15 rooms of delicious goodness for visitors to learn about the importance of chocolate in Mexican cuisine and culture, as well as plenty of opportunities to taste a wide variety of different flavors. The museum also has a café and artisan chocolate maker on site, and you will be able to purchase your favorite Mexican chocolate before you leave.

The MUCHO Museo de Chocolate is open everyday from 11.00am until 5.00pm, and admission is 70 pesos

With more than 175 museums throughout the city, covering everything from art and history to chocolate and everyday objects, you will never be bored in Mexico City. Don’t forget to take a break from all the culture and taste some mouthwatering Mexican cuisine on one of our food tours.