Should You Visit Mexico City After The Earthquake? 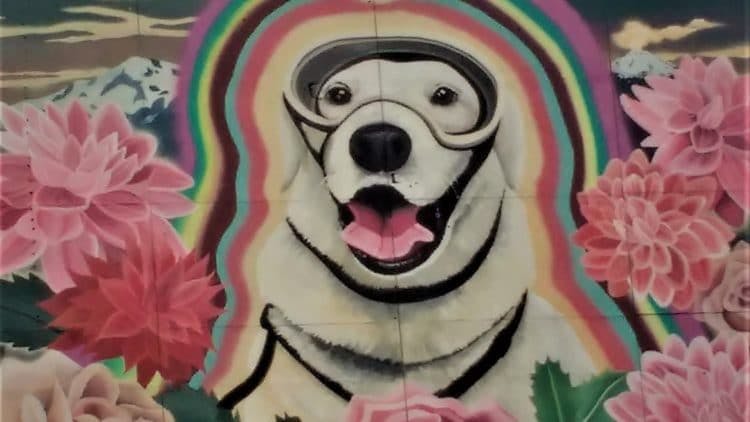 Since the September 19, 2017 magnitude 7.1 earthquake, many travelers have pondered whether they should still visit Mexico City after the earthquake. The epicenter was located approximately 160 kilometers away in the state of Puebla, causing extensive damage to pueblos in the states of Puebla and Morelos, as well as Mexico City. It was a frightening and scary time with 370 casualties and the collapse of more than 40 buildings across the affected regions.

Ironically, this earthquake took place on the 32nd anniversary of the devastating 8.1 magnitude earthquake in 1985. Just hours before, many took part in the annual earthquake drill, held symbolically on September 19th. Our family experienced this earthquake and its aftermath in the areas of Colonia Roma and Condesa.

In the immediate aftermath, before emergency response teams arrived, civilians pulled together to sift through the debris of fallen buildings in the search for survivors. Others formed lines to remove debris from the destruction, bring water, sheets, towels or whatever else was required. In the days that followed, people generously donated food and clothing that was then loaded into vehicles at the gathering centers and transported to where it was needed and volunteers formed assembly lines to prepare lunches for emergency response workers. The way people unified to selflessly help each other is the most inspiring event we have ever witnessed and from my perspective is the most positive element to emerge from this disaster. It has made us feel more connected to the city and its people. When we were displaced for two nights due to a gas leak in the area, we, along with several other displaced people were graciously received by the hospitable staff at the Red Treehouse in Condesa. We were well fed and our wine glasses refilled. We paid only a nominal amount as they had dropped their rates. Mexican people are strong and resilient, with a fierce love for their community and when you visit you will witness their joy for life.

What Mexico City needs now is visitors spending money in local businesses to re-energize the local economy and accelerate the recovery. While Colonia Roma and Condesa are quieter than they were due to many residents being displaced, the city’s tourist attractions are all open. Seven weeks have now gone by and the cleanup is complete in areas frequented by tourists where day-to-day life is largely back to normal. There are few cities in the world as vibrant as Mexico City and now is an optimal time to visit when you can both celebrate life with the locals and support their businesses. A great way to support locals and their businesses is by taking a food tour with Tasty Bites Food Tours, included in the price is all food and drinks, as well as a 20% gratuity for restaurant/vendor staff.

Now Is The Time To Visit Mexico City

There has been an increase in tourist numbers since the end of October when ‘Day of the Dead’ (Día de los Muertos) festivities attracted many visitors to Mexico. The weather is perfect, rainy season has passed and the festive season will soon be here with Day of the Virgin of Guadalupe (Día de la Virgin de Guadalupe) on December 12 and then Christmas, when the city will be beautifully decorated. For the last half of December the Zócalo will be home to the world’s largest skating rink and a toboggan slide, making it a winter wonderland. Below are some great reasons to visit any time of year!

Mexico City is a highly regarded gastronomic destination that is finally getting the recognition it deserves as a world class foodie destination. From tantalizing street food to world famous restaurants like Pujol and Quintonil, which are both ranked among the 50 best restaurants in the world. The variety of cuisine available here will satisfy any craving. Currently there are many talented young chefs in Mexico City creating innovative fusion cuisine at restaurants like Fonda Fina and Nudo Negro. Several top restaurants in Colonia Roma are visited on our Colonia Roma Cultural Walking & Gourmet Foodie Tour, one of the city’s best neighborhoods to taste superb food and drinks. While walking between restaurant stops you will also take in architectural highlights, street art, parks and other points of interest.

The weather is temperate year round, the days are warm, it is never too hot or too cold but it does get cool at night, which is great when you’re trying to sleep. Dress in layers or carry a light jacket and you will be ready for whatever the weather here throws at you. The rainy season from June to the end of September should not discourage a visit, just carry an umbrella and know you will need it in the late afternoon.

From world class museums (free admission on Sundays) to art exhibits and galleries, to festivals, there is always something going on. To find out the latest on what’s happening, check a local ‘Dónde Ir’ or ‘Time Out’ magazine. If you want to listen to mariachi a visit to Plaza Garibaldi is a must, there is a tequila museum there as well. The city also has many bars where you can sample tequila or mezcal on a fun night out. On Sundays Paseo de la Reforma is closed to traffic from 7 AM to 2 PM to allow people to enjoy bike riding, running or just going for a walk.

Visitors can walk from Condesa, to Colonia Roma, to Colonia Juarez and to Polanco all in one day if they have the energy with the only danger being street crossings, so use caution. Uber here is cheap and plentiful and the subway here is the cheapest in the world at only 5 pesos – just keep your belongings close during the crowded peak hours. The red Turibus can take you on a city tour, or even to the pyramids in Teotihuacan. If you have a group, renting a driver for the day is reasonably priced and convenient.

For the majority of people in the affected areas of Mexico City life has picked up where it left off before September 19. An increase in tourism during the coming busy season will help local businesses and the city recover more quickly. So take some time off work and then book a flight to come and visit Mexico City! Still looking for ideas of things to do?