Where to Sample Mezcal in Mexico City 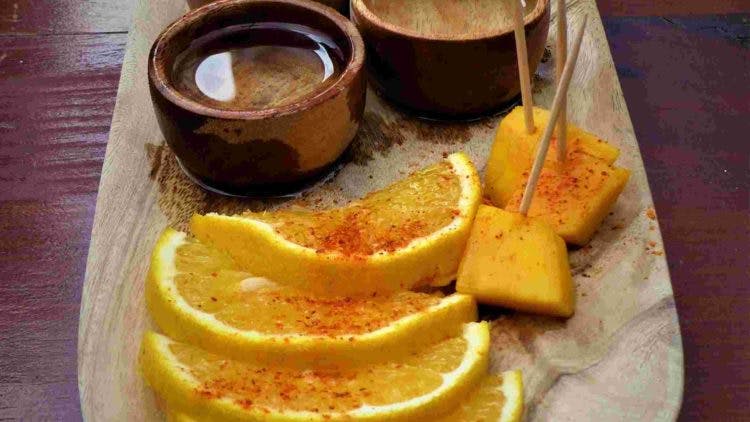 Mezcal is an increasingly popular liquor, often compared to tequila for its similarities. While tequila and mezcal are usually grouped together, they are made from different kinds of agave, are produced in different regions, and have various distillation processes.

The boom in the popularity of mezcal makes it an easy to get liquor in Mexico City. It is being served at many bars, and restaurants in Mexico City, and is a favorite cocktail ingredient for many people. Here are ten of the best places to try mezcal in Mexico City.

La Clandestina is located in the Condesa neighborhood of Mexico City. It is a small and somewhat hidden spot in Mexico City but is a great place to try one (or many!) of the 40 mezcals they offer. It doesn’t provide as many mezcals as some places, but La Clandestina is known for its high quality mezcal, many of them being artisanal.

For anyone who is new to the mezcal drinking world, La Clandestina is a great option. Not only are the staff knowledgeable, but their menu also has a wealth of information as well.

If you want to explore the Condesa neighborhood, the Condesa Taco Tour has mezcal samples with the added benefit of feasting on excellent tacos.

Located in the Roma Norte neighborhood of Mexico City, La Nacional is a popular destination for people wanting to have mezcal. While it is not considered a hip or trendy restaurant comparatively, people are drawn to La Nacional because of its laid-back atmosphere and its fantastic selection of mezcal.

La Nacional has over 100 mezcals that are competitively priced, with great snacks and an outdoor eating area. People who try La Nacional are happy with the knowledge of the staff members, and the mezcal offerings they have.

La Botica is a popular destination, with six locations all over Mexico City. While there are several locations in Mexico City, two of the more popular sites are both in the Condesa neighborhood. La Botica offer’s around 50 different mezcal’s, and in Condesa, the atmosphere is considered more upscale and hipster.

La Botica carries one of the exquisite flagship brands of mezcal, making it a popular choice for tasting different types of mezcal.

Similar in atmosphere to La Botica, Los Amantes is a rival with over 200 different varieties of mezcal to try. The sheer number of varying mezcals offered can be considered overwhelming; however, it is also favored by some because of the opportunity to analyze so many different types of mezcal.

While the atmosphere at Los Amantes is comparable to La Botica, the style and food are very different. Los Amantes offers Oaxacan influenced food in a soothingly lit yet vibrantly colored place.

Alipus Endemico is a mezcal producer and provider. People who visit one of their several Mexico City locations can try one of Alipus Endemico’s very own mezcal drinks served in the restaurant’s own branded bottles.

While they do have several locations, the Condesa location is a favorite because it is a peaceful and quiet where people can relax, have conversation, or just hang out while sampling mezcal.

Not quite as popular as other places that serve mezcal, Mano Santa started from humble beginning and grew to the local-loved area it is today. Mano Santa is located in Roma Norte and offers many different mezcals, including ones they produce themselves from Oaxacan agave.

Mano Santa is so well-loved that if you want to sample their uniquely distilled mezcal, you have to get there early to get a seat.

Corazon Oaxequeno offers a brand of mezcal called Mezcal Ocho Coyote, and when that drink is purchased, some of the profits are sent to help support Oaxaca. For people who like a laid-back atmosphere, and desire an all-in-one dining and drinking experience, Corazon Oaxequeno is a great choice.

Mezcalero is known for its romantic atmosphere and its ingenious mezcal concoctions.

When people talk about their favorite mezcaleria’s in Mexico City, Bosforo is easily a favorite. It is one of the biggest names in the mezcal drinking circuit. Located in the heart of Mexico City, Bosforo offers its patrons a little bit of everything, from classic Oaxacan mezcals to different ones that are produced outside of Oaxaca.

While not a traditional bar or restaurant, Mutem is a museum called Museo del Tequila y el Mezcal (MUTEM). For people who are interested in learning more about the production of mezcal or tequila, and who want to sample some of the most exquisite mezcals, Mutem is a great place to go.

After taking a tour and learning about the mezcal production process, you can visit La Cantina del Museo to sample mezcal and relax.

Have you drank mezcal in Mexico City? What’s your favorite place to go?