Where to Stay in Mexico City 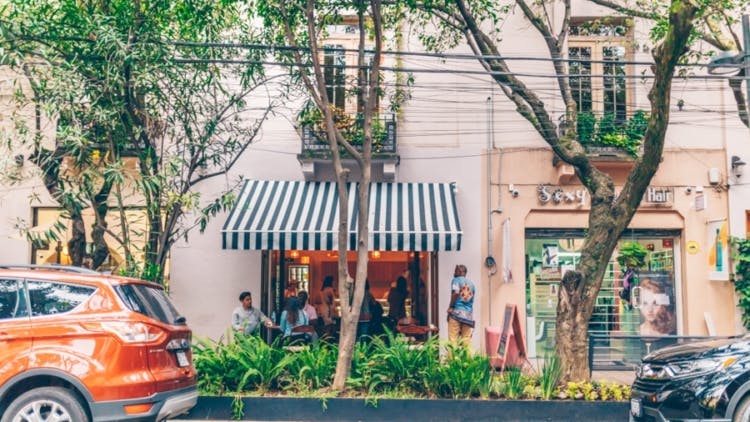 If you are looking for a travel destination that is largely undiscovered, Mexico City is that place. Mexico City is the largest city in the Americas and has so much to offer. Among its unique neighborhoods, astonishing architecture, fine dining, shopping, and hotel options, Mexico City is both stunning and diverse. Just remember, one of the best ways to explore is to take a food tour in Mexico City.

Here is a list of six of the best areas to stay in Mexico City.

Roma, also called Colonia Roma or La Roma, is split into two neighborhoods called Roma Norte and Roma Sur. All of Colonia Roma is rapidly growing into a trendy area with a European design flair. Roma has street vendors, street art murals all around, cafes, markets on many streets, and easy subway access.

Drawn to the hipster vibe, people love Roma because it is safe, chill, and fun. Named a “Barrio Magico” in 2011, Roma is sought out by tourists because of its shops and galleries and the nightlife in Roma is fantastic too. Finally, the food scene in Roma is eclectic, and it draws in the tourists and locals alike.

Condesa, also known as La Condesa, has a trendy scene for young people. The beautiful parks, designer boutiques, and vibrant nightlife make it a favorite place for people to go. Even though it is mostly a residential neighborhood, tourists flock to La Condesa because it’s one of the best places to stay and get a feel for what life is like for locals.

Boutiques and vintage shops line several of the main streets in La Condesa, making it a shoppers dream. The vibe of La Condesa is cosmopolitan, and entertainment ranges from world-class shopping and gourmet restaurants with cuisine inspired from all over the world, to karaoke and electronic dance music.

Known for being a wealthy and affluent neighborhood, Polanco is a tourist attraction because of all of its upscale offerings. Polanco is compared to Beverly Hills, except that the money of the area does not take away from the fact that it is also a welcoming place for families.

Playgrounds and well-manicured parks abound in Polanco, and even though people love it for being fashionable and ritzy, they also appreciate the art galleries and museums that grace the area. Located in the central part of Mexico City, it is a thriving neighborhood with an excellent food, shopping, and art scene.

The Coyoacán neighborhood of Mexico City is famous because it was once the home to Frida Kahlo and Diego Rivera. Art and history lovers of the world flock to Frida Kahlo’s former house, now a museum, to catch sight of her personal possessions and artwork.

The Coyoacán neighborhood is also famous for its beautiful scenery and haven for people who love nature. The streets are cobblestone and tree-lined and are filled with magnificent cathedrals and colonial estates, that add to its charm. One of the biggest attractions in Coyoacán is Viveros de Coyoacán, a park and nature preserve.

The old-town feel of Coyoacán belies the fact that it is actually very progressive and is a favorite place for many liberals to meet to discuss politics.

El Centro or Centro Historico is one of the most visited places in Mexico City, for good reason. El Centro is a history enthusiasts’ dream because it is built on the ruins of the capital of the Aztec empire, Tenochtitlan. A lot of the city buildings were constructed during the 16th century, and the city contains dozens of museums and historical landmarks.

For tourists looking for a central hub of street vendors with great food, music, and performers, El Centro is the place to go.

The neighborhood, or Colonia, of San Ángel, is vast in culture, color, and history. The area is filled with beautiful churches, art galleries, museums, and artisan markets. One of the most famous and well-known places in the San Ángel region is Plaza San Jacinto, prominent because of its current beauty and bloody history. During the Mexican-American war, Irish deserters who had sided with the Mexicans were hung in the Plaza San Jacinto square. Living proof of beauty coming from ashes, the square is now a vibrant and festive place.

Not only is it an area with a variety of fabulous restaurants and beautiful historical buildings, but the square also hosts Bazaar del Sabado. For people who want to experience the culture while shopping for local handiwork from all over Mexico, Saturdays at El Bazaar del Sabado is the place to go. The food, live performers, street artists, and local shopping make San Ángel El Bazaar del Sabado a place you don’t want to miss.